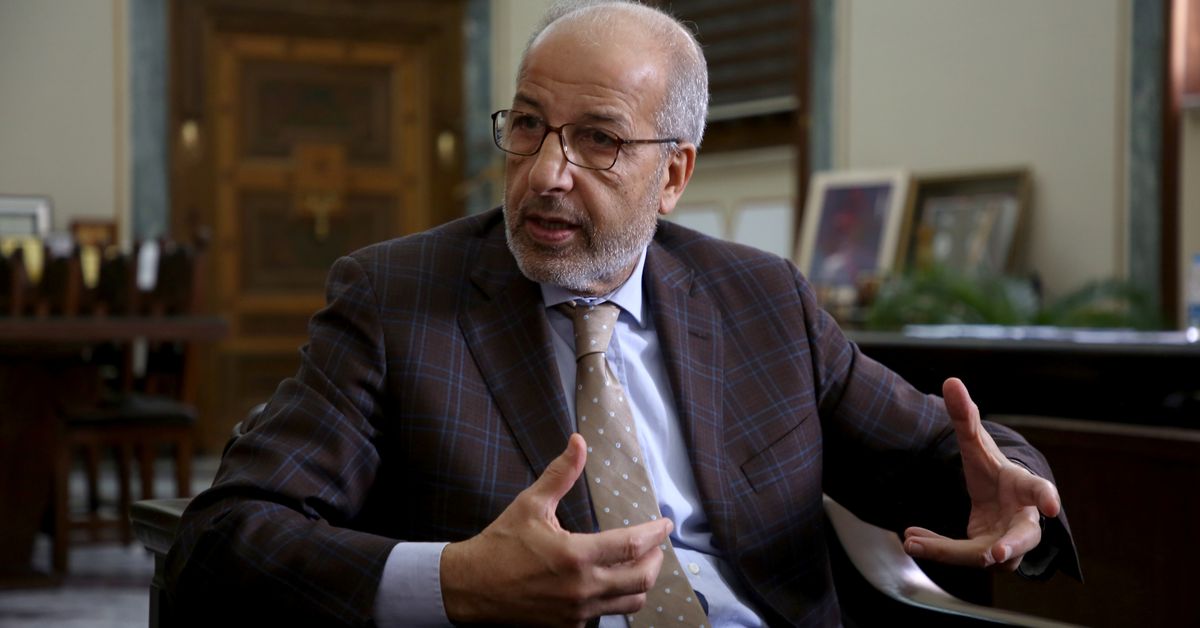 TRIPOLI / BENGHAZI, Libya, September 9 (Reuters) – Libya must reunite its fragmented economy and public finances if it has any hope of ending a decade of violent divisions, but progress towards this goal is slow.

Businesses and ordinary people alike struggle to perform basic financial transactions, pointing to the lingering dysfunction while showing that peace measures have failed to stop rival factions competing for control of economic levers.

“The evil has reached everyone. Today money cannot be transferred from two accounts in two different banks within 100 meters in Tripoli on a street. There is no justification for us to be like that, “said Husni Bey, a prominent businessman.

Central Bank of Libya (CBL) Governor Sadiq al-Kabir on Thursday joined UN-backed online talks with the head of his rival eastern-based branch to discuss reunification of the bodies , although such steps are still at an early stage.

The stumbles, visible in budget disputes and the lack of offsets between eastern and western banks, reflect political maneuvering at a time of potential change.

Libya has been in chaos since the 2011 NATO-backed uprising that overthrew Muammar Gaddafi, with control of different parts of the state being challenged through political and military means among a range of local forces.

In March, an interim unity government was approved by the main eastern and western factions that have been fighting since 2014, with the aim of holding national elections in December – measures seen as the best hope for peace in years.

However, this progress is now widely seen to have stalled as powerful figures attempt to prevent any loss of leverage or reposition themselves for a new waiver.

Over the past seven years, a parallel administration has emerged in the east with its own central bank, a rival oil company chief and other state institutions, claiming the legitimacy of the Tobruk-based parliament that was elected in 2014.

This raised crucial questions about the responsibility for spending on either side and how the debt incurred by the eastern bank – and used to finance a war against Tripoli and pay the salaries of east-based forces – would be absorbed into. national accounts.

Parliament has repeatedly rejected its budget proposals, and different parts of the many political bodies created in recent years have quarreled over the leadership of major institutions, including the oil company and the central bank.

The reunification of the CBL would be the key objective of any effort to end economic divisions. CBL’s Tripoli-based branch is the internationally recognized branch and cut eastern banks off most clearing operations in 2014.

Businesses in the east or west are now shying away from using banks based on the other side “so that their financial transactions can be done easily,” said Alaref Algajiji, chief executive of a board of directors. Libyan affairs.

Last December, as the peace process progressed, the CBL held a plenary meeting of its governors for the first time in years to agree on a new unified exchange rate involving a devaluation of the currency.

The move helped ease a liquidity crisis and was seen as a precursor to the reunification of central banks and the re-establishment of clearing operations between Tripoli and eastern commercial banks.

A financial study commissioned from Deloitte as part of the UN-backed peace campaign was completed in July using data provided by branches of the rival central bank, but without conducting an independent audit of the one or the other.

He established a roadmap to reunite them, which each governor said he was following.

Tripoli-based CBL governor Kabir told Reuters in written responses to questions that he was “starting to take practical steps” towards reunification.

He said the CBL was working with the presidential council, the unity government, the UN mission in Libya and the attorney general’s office to agree on a roadmap.

Jalel Harchaoui of the Global Initiative against Transnational Organized Crime said it was politically preferable for Kabir to move slowly, and that he might also worry about how eastern forces would use renewed access to national banks .

Eastern CBL Governor Ali al-Hibri said the lack of compensation for Eastern banks was “an economic crime”, but added that he too was preparing for reunification in through the process described by Deloitte.

However, he disputed the figures Kabir gave for public debt levels and accused him of using political arguments to circumvent the reunification process. He also said the unity government’s budget proposals were too high and went against agreements reached last year to unify the exchange rate.

“It is a major crime in the history of Libya,” he said.

Reporting by Ahmed Elumami in Tripoli and Ayman al-Warfali in Benghazi, written by Angus McDowall, editing by William Maclean