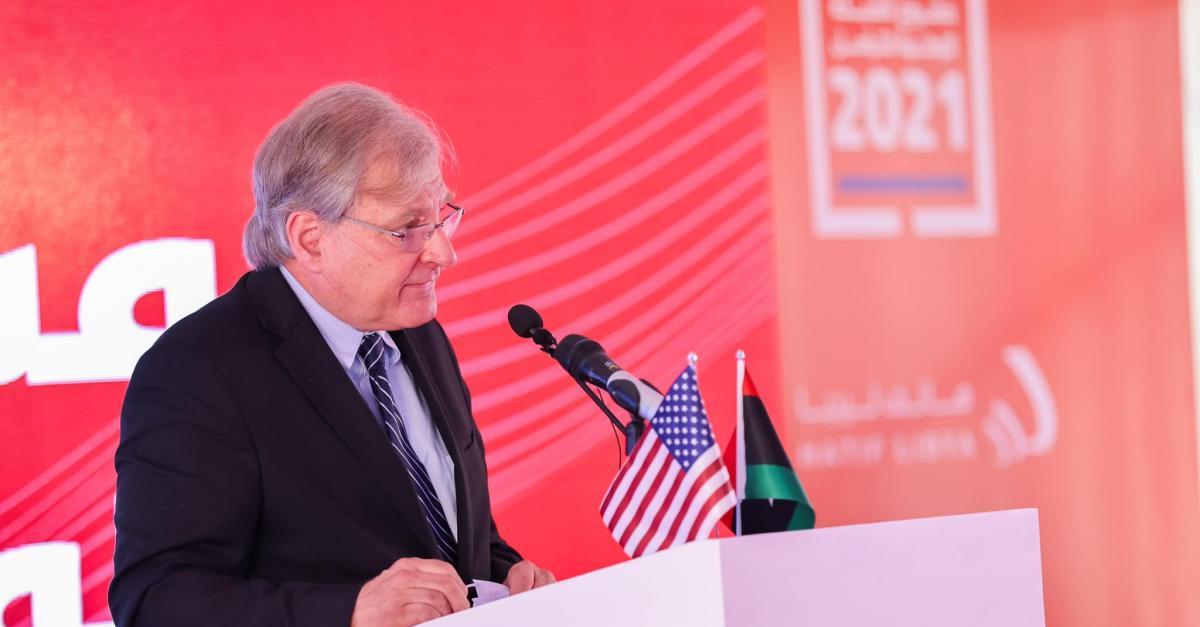 US envoy to Libya Richard Norland said Libya has an interim government, whose main task is to prepare the ground for the December 24 elections, and the decision to “withdraw confidence” will not change that. , indicating that Prime Minister Abdel Hamid al-Dabaiba is committed to carrying out these tasks, ruling out the attribution of a new government instead of the government of national unity.

Norland confirmed, in an interview with London newspaper Asharq Al-Awsat, that what he described as the awareness of Libyan politicians of the importance of holding elections, which is the only way to ensure legitimacy and move the country forward, stressing that he is convinced that soon there will be legislation to organize presidential and legislative elections so that the Election Commission forgets to officially announce the start of the electoral process.

The envoy from Washington announced his country’s current position, which is to help Libyans conduct a fair election whose results are widely accepted, in addition to aiding the efforts of all foreign forces to leave Libya, Russian and Turkish.

The American ambassador categorically denied that Washington had bet on a presidential candidate he would support, stressing the right of Libyans to choose for themselves who runs the country, free from any foreign interference.

On a question related to the American proposal to hold the elections in two stages; Norland replied: “Only Libyans have the right to decide their political future and how to achieve it, whether it is one or two rounds. The United States has attempted, as part of its support for the United Nations-led political process; to highlight some helpful suggestions and solutions.

Norland responded with strong reservations to a question about Turkey’s repeated statements rejecting the exit of its forces from Libya, saying: “The departure of fighters, mercenaries and foreign forces is a goal shared by most. Libyans, and it is a clause included in international agreements and conferences on Libya and in international declarations, foremost among which is the decision of Security Council resolution 2570.

The US envoy attributed the presence of foreign military forces in Libya to several reasons, adding that Washington’s goal, as Foreign Minister Anthony Blinken reiterated, is to: crystallize by ensuring the complete departure of all these military elements, as soon as possible; so that sovereign Libya can make its own decisions regarding the conclusion of any security or military alliance.

Norland expressed the aspiration of the United States to maintain cooperation through a permanent and unified Libyan government after the December elections, stressing the importance of a strong Libyan government capable of imposing full control over its borders and d ” ensure the economic growth and political stability necessary to prevent terrorist activities. and the extremes of radicalization.

He concluded his statements by calling on Libyans to choose who will lead them and to consider the political philosophies they wish to support, adding that most Libyans seek a normal life, free from civil war, political turmoil and without long queues of people. expectation, and without an increase in Coronavirus infection rates, considering that a real battle will revolve around the next elections, which will be supported by the United States.